31 Jul A turning point for Terengganu?

Posted at 11:57h in Articles, News & Commentary by Admin

On Malaysia’s beautiful east coast, PAS is experiencing a sweet honeymoon in Terengganu. On the ground, PAS is similarly receiving the positive energy and goodwill felt in the Klang Valley towards Pakatan Harapan.

In fact, one could even argue that Dr Ahmad Samsuri Mokhtar’s leadership of Terengganu is seen as one of the most dynamic nationally at the state level. With less resistance to its leadership within the civil service, a young professional team and a focus on economic development for the state, PAS’ new government is working to establish itself. Dr Sam, as he is known, is quickly coming out of party president Abdul Hadi Awang’s shadow, despite being his protégé.

The challenges PAS faces in Terengganu are significant. The state’s oil and gas revenue are on the decline. Umno seriously depleted the state funds in its mismanagement, leaving little in the coffers. The sharp disparities between the wealthier south and poorer north remain large. Some of the northern areas around Setiu are among the poorest in Malaysia.

There remains a large dependence on government assistance, with a “bantuan” mindset deeply entrenched. There is a large young population in search of jobs, and a deficit of opportunities in the marketplace. Unlike in entrepreneurial Kelantan, more Trengganuites opt to stay in their own state and this reinforces a more insular orientation and conservativism. 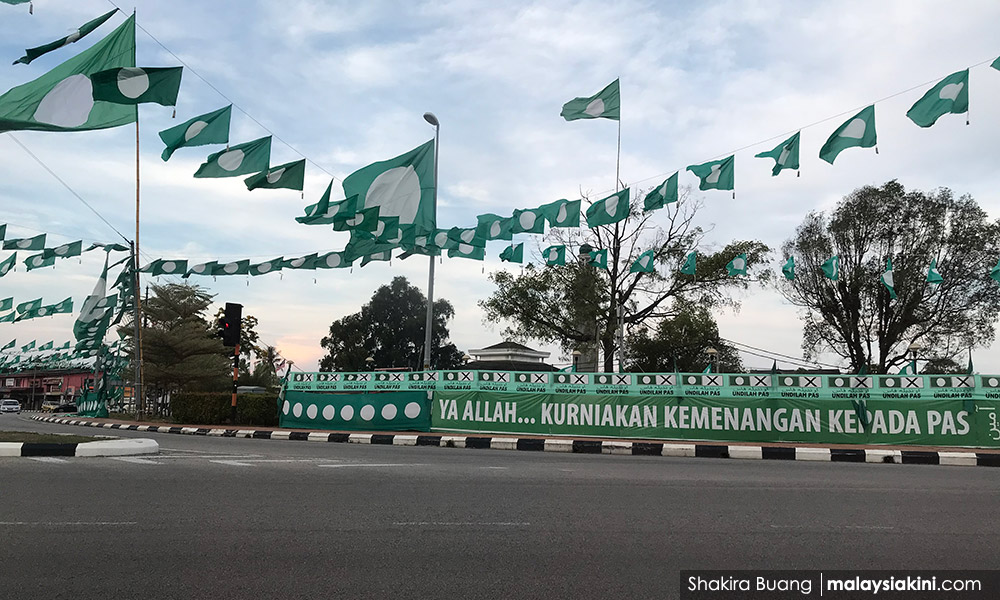 These factors converge on three key issues – a need for money, a need for new drivers in the local economy and a need for leadership to move the state toward greater modernity.

What will be crucial to PAS’ success in moving Terengganu forward is whether they learn the lessons associated with GE14 and avoid their party’s mistakes of the past. The May 2018 election has striking similarities to that of 1999 when PAS won the state in the groundswell of anger against Dr Mahathir Mohamad and his local stand-in, Wan Mokhtar Ahmad, the former chief minister in office from 1974 to 1999.

PAS’ 2018 victory in Terengganu was decisive. Not only did they win 22 seats in the 32-seat state assembly, a large majority in the state government, they also secured six of the eight parliamentary seats. There was a swing of 8% overall toward PAS this election, which in the history of Terengganu is one of the largest swings, although not as large as that experienced elsewhere in GE14.

A first potential mistake is to assume that this victory was a vote for PAS, rather than a vote against Umno. Sure, the Islamic party’s grassroots did support the party, but the majority of new votes it received came courtesy of Najib Razak. Trengganuites voted strategically, for the party that was the most likely to defeat Umno, most organised on the ground and most familiar in the risk-adverse environment.

PAS thus faces the task of giving voters a reason to continue to support it, as anger to Najib and his GST no longer serves as a lightning rod for discontent. Given the continued divisions within Umno in Terengganu, however, PAS is in a relatively safe position, but its foundation of support remains weak. 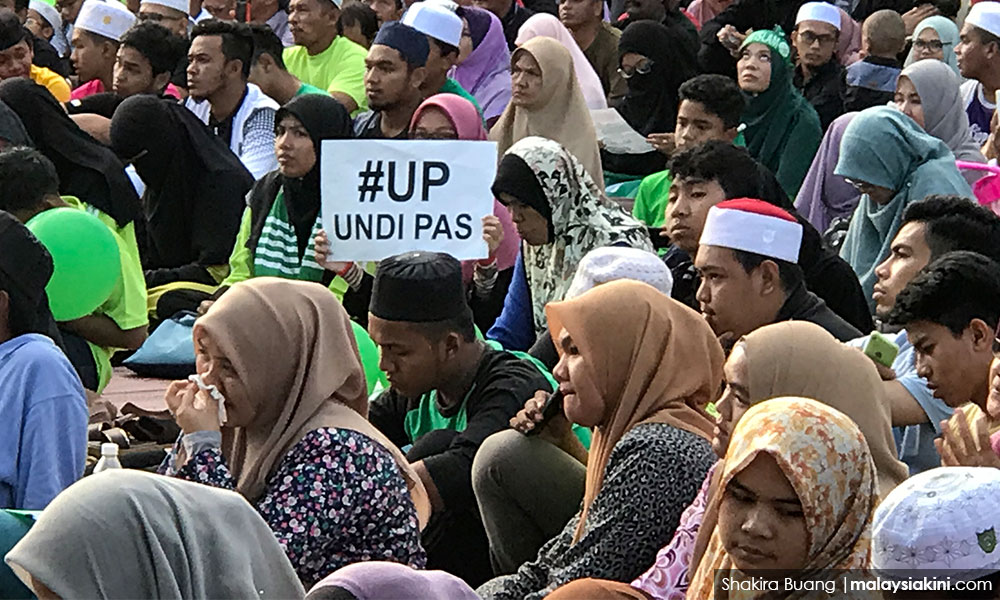 Second, and perhaps even more important, in Terengganu, this election was not a “green tsunami”. The state’s vote was not about religion or even religious leadership. Voters were not voting for Hadi Awang, or the 2004 election slogan of “Islam for all”. The waters shaping the state’s political tide were BN blue and if there was a tsunami at all, it was a “greed tsunami” that drove Umno’s excesses at the national and state level.

This lesson is especially important for Terengganu as it is where PAS went wrong after 1999, interpreting its victory as a green light toward religious conservatism and the imposition of a restrictive religious agenda. While most Terengganuites are religiously conservative compared to many of their counterparts elsewhere in Malaysia and religion is an important part of their daily lives (which it is for most Malaysians across faiths), religion is not the main priority of voters. To paraphrase Bill Clinton’s strategist James Carville – it was the economy and to think otherwise would be stupid.

If there was an area where morals did in fact play a role, it is in the area of good governance. Terengganuites – as do most Malaysians – want a government that is not corrupt. There are residual questions involving the allegations on the use of Umno money by PAS and the ties between the parties, which will not be cleared up with a legal case that will only serve to remind voters of this issue.

The challenge for the new PAS government will be not to return to the past when by 2004 questions were being asked about the distribution of contracts and patronage, and to make sure that the state government remains clean and different from that it kicked out of office. This will involve some clean-up within PAS itself, which will not be easy given differences within the party over contentious issues such as the relationship with Umno and management of money.

To embrace a focus on pragmatic delivery and better governance, PAS has to deal with two obstacles.

The first is within Terengganu PAS itself. This is the state where the traditional internal party struggle between the “professionals” and “ustaz” was perhaps the most acute. While these labels are no longer as relevant as they were in the past to define factions in the party (in part because many professionals are actually ustaz as well), Dr Sam’s team is now seen as the new “Young Turks” pushing for a different path within the party.

There is resistance from many older leaders to this change, especially since many of those being brought into the government and its GLCs are not from Terengganu. For now, Terengganu PAS is not focused on inclusive national governance, but on a path tied to having deliverables in the present rather than in the afterlife. The pull of conservatism within PAS in Terengganu is even stronger than the conservatism in the state itself. The question ahead is whether the older generation of leaders will give way to younger ones. Hadi Awang’s (photo) role is important in this regard. 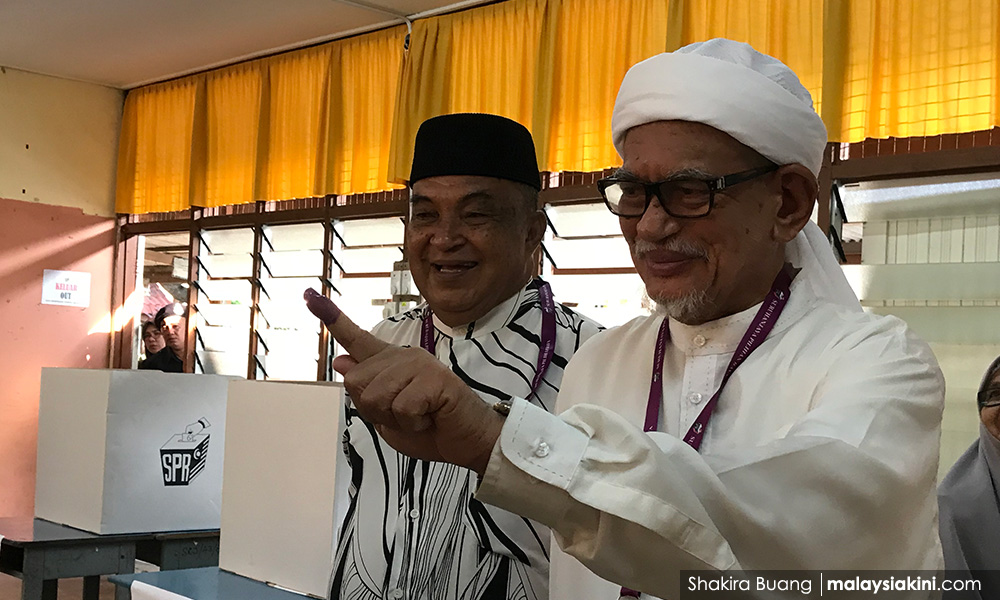 The second obstacle for PAS is to manage the political relationships in New Malaysia. While those in Selangor focus on the Umno-PAS relationship – it is one of the main issues in the Sungai Kandis by-election where in fact many PAS leaders (although not all) are supporting Umno – on the East Coast, there is much greater distance between these two parties. In fact, to secure the oil royalty and the much-needed funds noted above, eyes are on Pakatan Harapan and especially the need for PAS to maintain cordial ties with Bersatu and PKR.

Terengganu PAS knows that a relationship with Umno is no longer advantageous, and in fact would be seen negatively by many of its voters. Umno now is a political liability and more in need of PAS than vice-versa. The status of the relationship between PAS and other parties is likely to unfold in the months ahead. There are different views and interests that point to greater distance rather than connectively between the two traditional Malay parties. The two obstacles are interconnected as what happens within PAS itself will shape who it allies itself with or whether it opts to go it alone – at least for now.

Developments in Terengganu will have national impact. This is another chance for PAS to show whether it is capable of governing, and Terengganu’s success will be directly tied to whether it can make a political comeback elsewhere. PAS remains an important national political player. Developments in the state will also reveal what its priorities are and shape relationships in New Malaysia.

For now, Terengganu PAS is capitalising on its welcome by voters, but as it moves forward, the lessons it learns and decisions it makes will determine whether Terengganu will make a turn toward a more modern future.