Posted at 12:04h in Articles, News & Commentary by Admin

Today marks two months since the May elections, coming after a dramatic week of appointments, an arrest, and a nauseating court gag order.

These headlines mark the arrival of important changes taking place in Malaysia, in governance and in the adoption of new political positions. Key is whether actors in their new roles are genuinely willing to engage in departures from the past.

In looking at two important developments this week – the new cabinet and the first major response of Umno as a political opposition – Malaysia’s past offers important insights to the development ahead.

Malaysia’s new cabinet makes history not only for the fact that it is comprised of new faces from a new coalition, but it is made up of a record number of professionals and non-scandal tainted individuals.

This combination of talent and fresh eyes offers great promise, and over the past week since the new ministers and deputy ministers took up their appointments, there has been a variety of positive messages sent from open tender to much-needed reviews of contracts.

The appointees are taking their tasks seriously, and while there are steep learning curves ahead, the resolve shown reinforces the sense of confidence of voters last May. 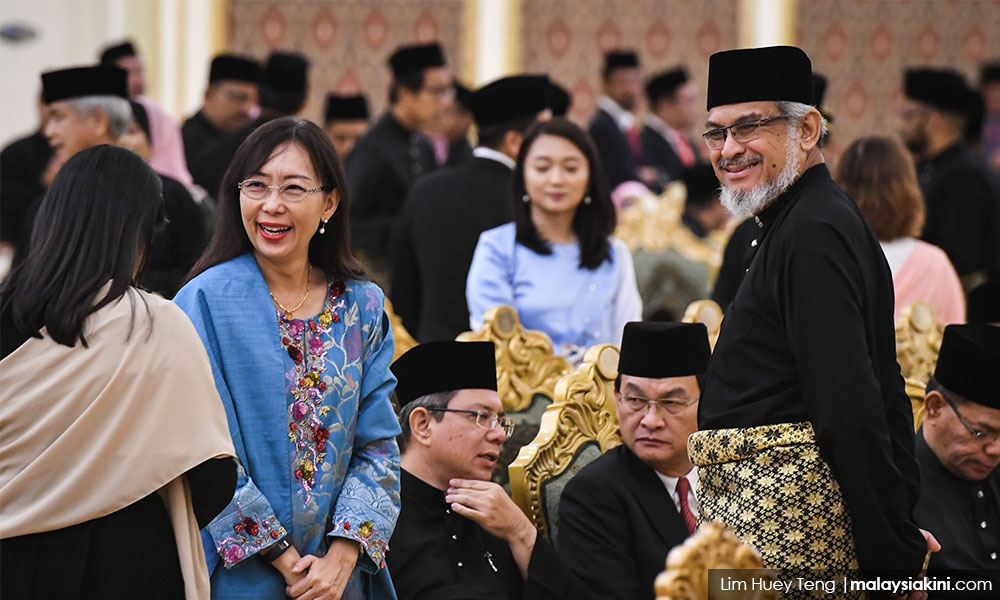 Change, however, is not just a matter of priorities and press statements but will require a crucial remoulding within the system itself. There are persistent practices inside the government – paying for meetings with ministers, using position for personal wealth and prioritising loyalty over merit – that need to be changed as well.

Ministers can set examples in pushing for reform in everyday governance, as the bureaucracy should not be seen as a bastion for patronage and a centre of corruption.

One of the most important and welcome shifts of the early years of the Abdullah Ahmad Badawi was the refocus of the civil service on serving the public. This same administration also offers another lesson, as it was during this period that corruption became more entrenched within the civil service itself. This was primarily a product of an inadequate oversight of bureaucrats and poor management.

Civil servants need strong reminders that they are there to serve the public, not themselves or their political bosses. Good governance practices need to be incentivised from the onset.

The ongoing necessary removal of senior leadership within the bureaucracy and restructuring/consolidation of departments is positive, but it is stronger if accompanied by more fundamental and decisive shifts in norms and practices.

One important reframing of governance is to stop seeing the ministers as representing one ethnic community, party or state.

Malaysia is one of the few countries in the world where the dominant counting is based on race. The cabinet selection process has been largely one of political accommodation, rather than focused on the leadership needed to resolve the problems that ordinary Malaysians face. 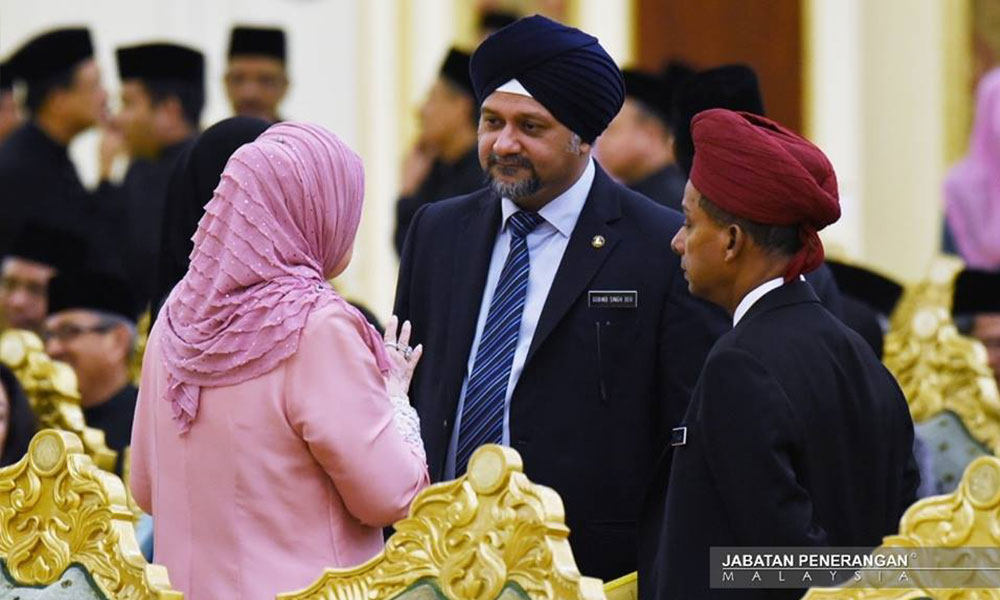 Political parties have been seen to narrowly focused on their numbers within the cabinet, with the usual petty grouses. This sends the message that the position is about themselves, their respective power, rather than serving the public. It is not a surprise that there has been public outrage with the position complainers.

The challenge ahead is to move beyond numbers, to move from nominal to substantive representation, a situation where a minister is seen to be representing people not for who she/he is, but for what he/she does; for an Indian Malaysian minister to be seen as equally representing all communities be they in Sabah, Johor or Kelantan, for an Islamic education minister to be seen as advocating and improving the education of all Malaysians irrespective of faith, and for racial and sectarian politics to be given the back seat to promoting the nation.

The Merdeka era of the early 1960s offers important lessons here. It was a time when talent was prioritised in appointees, both within and outside of government. The sincere goal of building Malaysia overshadowed narrow interests. There was a willingness to bring in appointees from the outside based on skills. Malaysia’s bureaucracy urgently needs to strengthen its implementation capacity.

In this time of transformation, there is an opportunity to harness the goodwill and strong underlying national commitment to public service by bringing in more technocratic expertise.

That sense of public service was, however, not on show with the events around this week’s arrest of the former prime minister. The drama shows clearly that the de facto new leader of the opposition is none other than Najib himself. He overshadows Umno’s new president, Ahmad Zahid Hamidi, as Najib’s leadership continues to haunt the party. 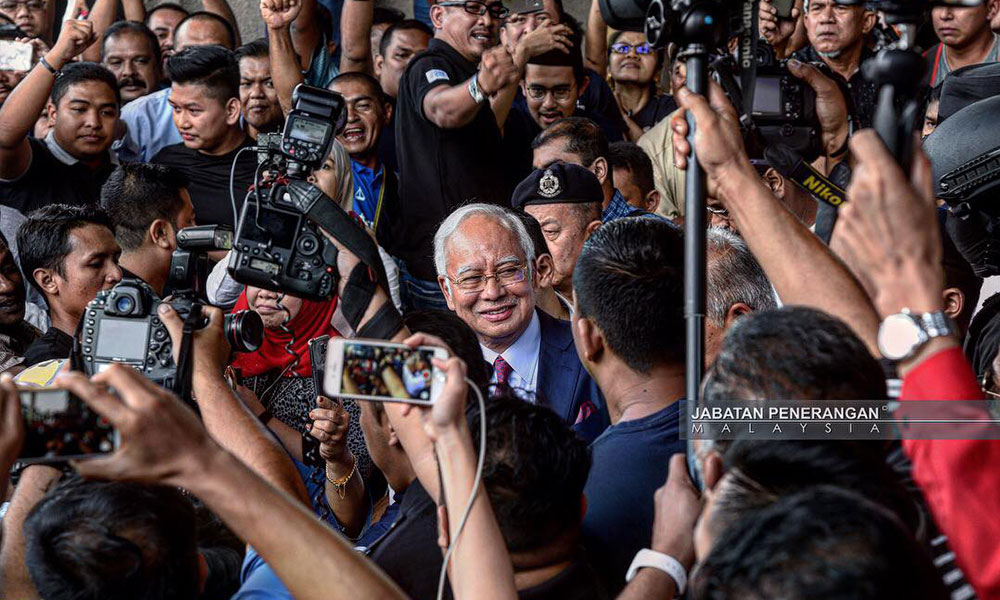 Once again, Najib has rallied the party faithful to his defence. The thuggish elements in the party have returned as the dominant public face of Umno, adopting a narrative of racial confrontation. Najib’s battle for himself reveals what has long been clear – that his own personal future is more important than that of his party or the future of the country.

There are important lessons from his years in office that also merit recalling. Najib’s administration excelled in using the system to his advantage, particularly using the rule by law to stay in power. His approach was one focused on division and polarising Malaysia, rather than bringing the country together. All tactics, no matter how ruthless, were fair game.

A common practice was to obfuscate, to warp realities using slick storytellers. Najib’s administration set new lows in standards of dirty politics, seen to be fuelled by cash payments. These trends have the potential to continue to dominate Malaysia’s political opposition narratives ahead, in what will be a long-drawn-out drama and in an opposition politics that is not focused on making Malaysia stronger.

Najib mistakenly believed that Malaysians could be fooled. May 9 showed him how wrong he was. He should have opted for a graceful departure. Instead, we have seen the arrival of a new battle for Najib’s survival, one in which the Malaysian public will face a repeat of the hubris and guile of his recent past.