Posted at 11:58h in Articles, News & Commentary by Admin

On the streets of Kota Kinabalu, there is open delight of the appointment of one of their own, Richard Malanjum, as the new chief justice. Across the diverse multiethnic mosaic of the state, many respond with the phrase “I feel Malaysian.”

Given the continued resentments of unfairness of the federal government that percolate, these sentiments highlight that inclusiveness and appointments based on merit do resonate, much more than the handful of narrow-minded, peninsula-based views featured in the media. Sabahans, in their open and optimistic style, celebrate the successes of their own across communities, as arguably the silent majority in the country does as a whole.

The question of the federal-state relationship and treatment of different ethnic communities were very much at the heart of why Sabah voted for Parti Warisan Sabah and Pakatan Harapan parties – and why they not only were critical for the coalition to form the numbers for their majority sworn into Parliament yesterday, but why there is a new Warisan coalition government in the state.

While acknowledging it is still early days, this article focuses on whether there are signs of change in Sabah, and suggests that the ‘old’ Sabah will constrain the ability of the new government to bring about meaningful changes in the short-term – but that in the longer-term, there are indications that a new political landscape is being formed with the emergence of a ‘new’ Sabah.

The story of the electoral outcome and the new government in Sabah is quite different from the national picture. 1MDB and former prime minister Najib Abdul Razak, for example, were less central than the perceived corruption of the family of Musa Aman (photo) and their continued hold on power. 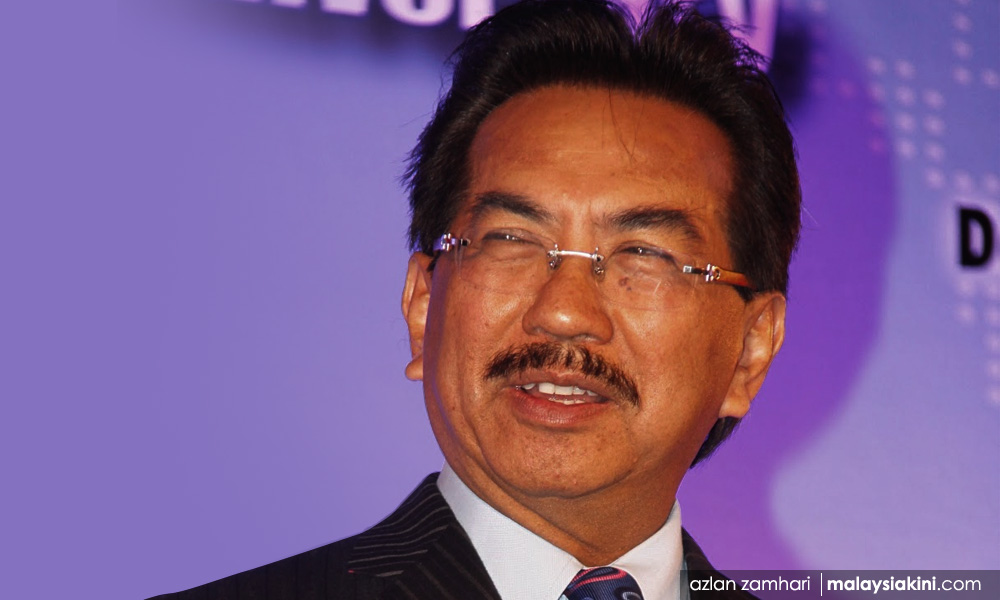 Slating five members of the Aman family as candidates in GE14 did not go down well with many in the electorate. After 15 years in power, Musa and his cartel of interests still play a major role in the Sabah economy.

GST was an important issue, seen as a federally imposed tax that did not help the local economy. The tourist tax is seen the same way.

State rights and representation embedded in the Malaysia Agreement 1963 (MA63) were also mobilised and remain so, as Sabahans expect a meaningful review of the federal-state relationship with greater respect, inclusion, and political autonomy and control over their own resources and economy. A crucial element in the review is protections for religious freedom, as the impositions on freedom are seen to be driven by developments in the peninsula.

Local racial differences, particularly differences between the rights of immigrants and resentments of the indigenous Kadazandusun Murut communities, played out in many local contests. This made the results in a handful of seats quite close, and brought to the post-GE14 the reality that, like the Malay support deficit that Harapan faces at the national level, the Warisan government faces the same from many of the Kadazandusun Murut, especially in more rural and semi-rural areas.

This has been ameliorated somewhat by the addition of United Pasokmomogun Kadazandusun Murut Organisation (Upko) into the state coalition post-GE14, but it does not take away from the fact that most Kadazandusun Murut did not vote for Warisan or Harapan parties. The political swing that took place was largely one along the east coast of Sabah and in the urban areas, representing primarily a Bajau/Suluk victory supported by ethnic Chinese and urban-based Kadazans.

Nevertheless, a majority of Sabahans showed that they were open to change, as they had been in 1985 when they voted in the Parti Bersatu Sabah (PBS) government. Many of the same political demands for rights and representation were echoed, but the results reflect a different social base of mobilisation than in the past.

Legacies of the ‘old’ Sabah

Given Sabah’s mixed experience with a new state government in the past, expectation of change is relatively low. They place more hope in change coming about through a new federal government – namely, a new federal-state relationship that might emerge – and pressures for reform at the national level that will hopefully extend into the state.

The nexus between the federal and state is intertwined with the issues that make the management of the state so challenging. Three legacies in particular complicate the Sabah context.

First, the corruption in Sabah is deep, extending from business to the (mis)management of its borders. Decades of exploitation of the state’s resources by its political elites have bequeathed a governance mess. Early investigations of the state’s finances echo the financial mismanagement and indebtedness left by the Najib administration at the federal level, with allegedly millions missing and foundations and other state bodies plundered. 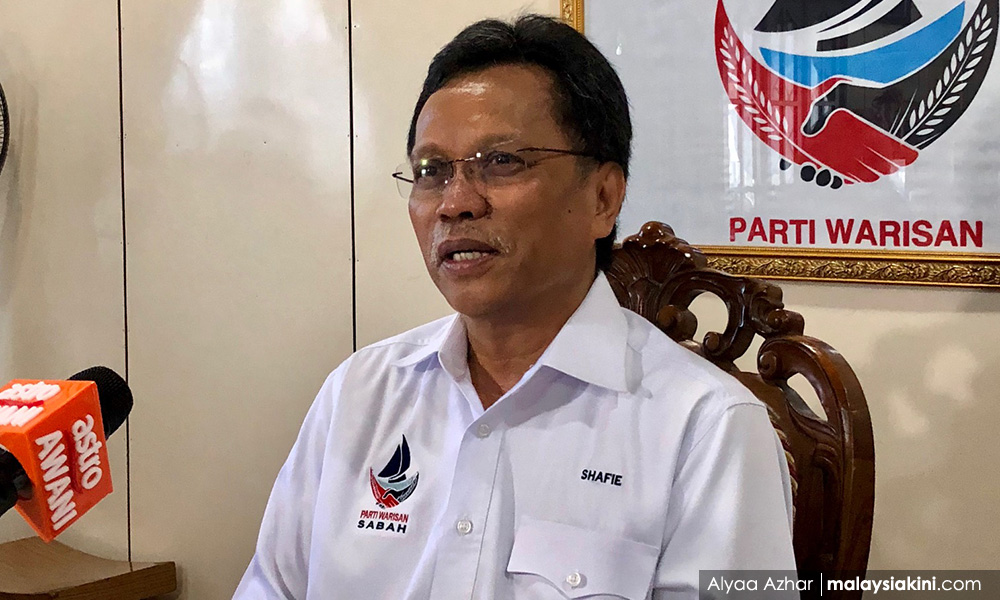 Sadly, this pattern of graft has happened all too often in Sabah, but what distinguishes the current situation is the sheer amount of greed involved. Chief Minister Shafie Apdal (photo) has inherited limited state coffers and a bureaucracy seen as tainted. Graft in the state has been accentuated by its large resource economy and rapid land development.

‘Contributions’ and ‘payoffs’ are everyday practices. Much of what has happened in the past few months have focused on assessment and clean-up. There have been early efforts to address illegal logging, but these are slow-going, given the scope of the problem.

Corruption is also connected to the thorny and sensitive issue of illegal immigration. This problem has its roots in the 1970s, in the era of United Sabah National Organisation (Usno) and later Sabah People’s United Front (Berjaya), but came to a head in ‘Project IC’ during Dr Mahathir Mohamad’s first tenure as prime minister. The systematic granting of citizenship to foreigners in the state was the subject of the Royal Commission of Inquiry in 2013, which provided recognition but little in the way of solutions.

Today, illegal immigration directly involves an estimated quarter of Sabah’s 3.9 million population, with thousands of stateless people, especially children, lacking access to education and basic healthcare. The exact number involved is unknown, as there are persistent concerns of continued streams of undocumented immigrants who are seen to undercut wages and have transformed the social fabric. Resentments run as deep as the corruption, if not deeper. The issue affects the state as a whole, its social fabric, economy and security.

The Warisan government has promised to move toward ameliorating the problem, but will need meaningful cooperation from the federal government to address underlying concerns about immigration, citizenship and the financial and social costs.

Many of those tied to the Bajau/Suluk community are expecting the Warisan government to act, given their electoral support in GE14, while others are anxious that solutions will be exclusionary and inadequate. 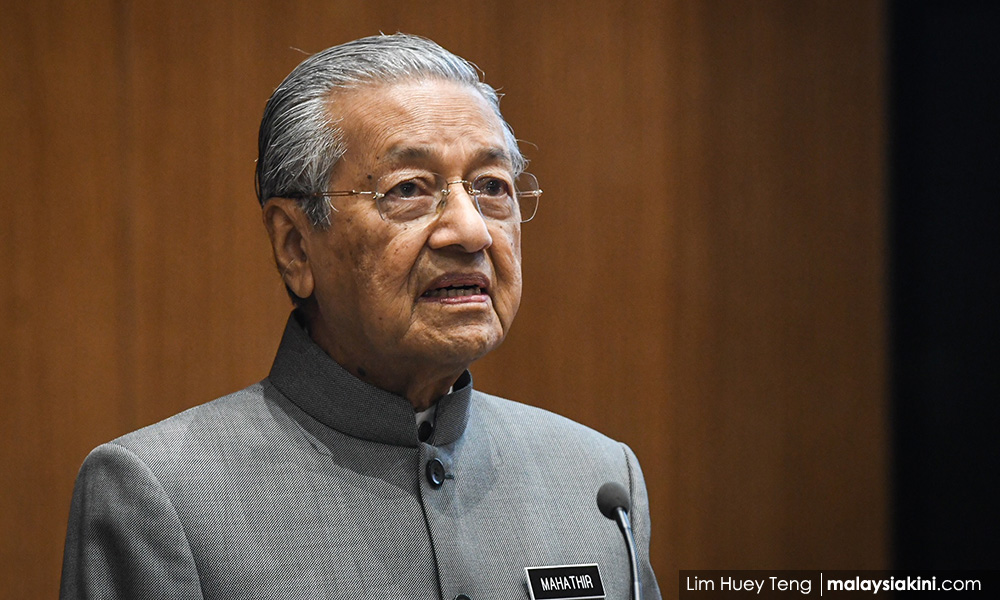 Mahathir has an opportunity to address a serious problem he himself exacerbated in his first term by working with a Warisan partner that has its roots within the migrant community, to move towards a more just Sabah and improve its welfare. Now is perhaps the best time in decades.

Closely related to the two legacy issues above is the incidence of poverty and economic vulnerability. Of all the states in the country, Sabah has the highest rate and numbers living in poverty. Officially, 2.9 percent of citizens live in poverty, according to statistics published in 2016, but in practice this number is much larger, with sharp income disparities and relatively low wages.

The federal government is often blamed, but the responsibility should be shared by state leaders as well, who have not done enough to address inadequate roads to Pitas, isolation in Pensiangan, nutritional deficits in Keningau and insufficient water supply across the state.

The new state government has only two of its leaders with experience in government, but many of its ministers are sincere. Nevertheless, there are grouses among the public that there have been few deliverables to date.

Reducing economic disparities needs to be a priority, as should integrating social justice with a plan for the economy. There are ideas percolating regarding localisation, but to date it is not clear what the priorities of the new Sabah government are, and if the team as a whole is working together.

Special care will be needed in managing the area of infrastructure – historically one of the more lucrative areas of graft – to assure that this is not a vehicle for further wealth aggrandisement and party patronage.

If what the Warisan-led government faces is indeed challenging, changes in political conditions offer promise.

A younger generation of Sabahans are open to embrace change, eager to build their state and embrace new ideas. Nearly a third – 31.3 percent – of the population is under 40, offering energy and momentum for change. Younger voters were an integral part of the Warisan-Harapan victory. 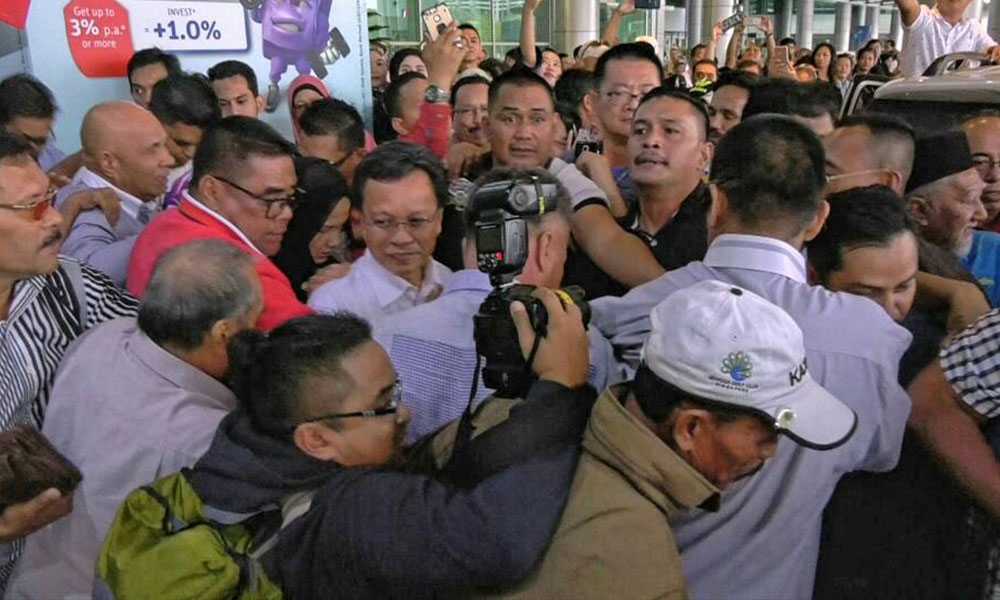 Civil society in Sabah has grown and is eager to be a partner in bringing about greater prosperity. There are a plethora of local civil-society partnerships in education and the environment that can be strengthened. The sense of state nationalism that put the new government into office is a strong foundation to build on, one that can be embraced. Capitalising on this goodwill is essential.

Musa’s flight abroad has also brought forward an inevitable development – the end of Umno in Sabah. Warisan has taken over Umno’s political base on the east coast, decimated the latter’s base throughout the state, and cut off its access to the main ingredient of its political survival – money.

While Umno still holds support among some Sabahans – with some of this base tied to the old Usno and Berjaya days – its strength came from its ties to the federal and state governments, relationships that it no longer holds. Already, four leaders have moved and hundreds of ordinary members are flocking away from the party.

Sabah Umno faces the same problem that the party is beset with nationally – a leader refusing to leave gracefully. The money is on Musa not returning to be sworn in as an assemblyperson before mid-August, which will trigger a by-election and render moot his electoral petition for state leadership.

Musa and his economic cartel remain powerful, however, and limit the ability for alternative patronage networks to form. He – and others in Sabah Umno – have the shadow of scandals and potential MAAC questioning hanging over them. As things stand, it is likely that Umno supporters will morph into a locally-based party, rather than hold onto the baggage that Musa left them.

The pattern of political engagement in Sabah is also shifting. Traditionally, the state has been governed by elites and party warlords, who have served to distribute patronage with ordinary citizens getting the raw end of the deal. This sort of political patronage has been failing and in the longer term will be difficult to sustain.

The Warisan government will be forced to perform and yield deliverables as it is not in the same financial position to follow the previous model of engagement – at least not to the same degree.

It will also be forced to meet the expectations of change, to address the increasing demands of a greater informed population. This offers pressure, but simultaneously opportunity – funds now can move less into the hands of politicians and into solving problems and improving the well-being of Sabahans.

A new social contract can evolve for Sabahans. The promise of a ‘new’ Sabah is real, despite the legacies of old.